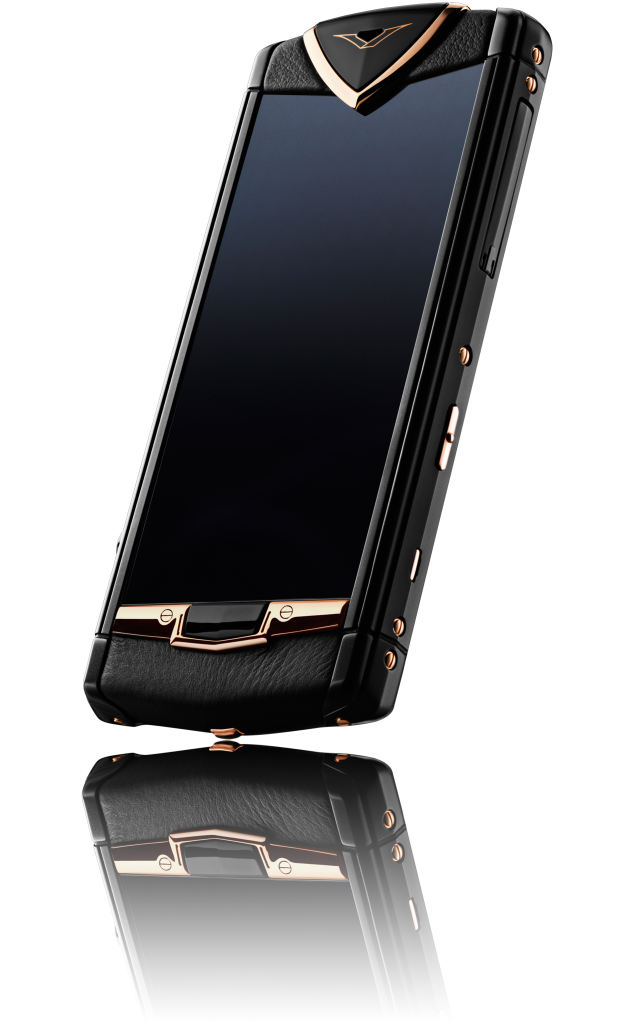 Luxury smartphone company Vertu has just released the Vertu Ti, the price of which is not listed on its website but was reported by Alex Dobie of Android Central to be $10,000. It runs a version of the Android operating system, Ice Cream Sandwich, which is more than a year old, and lacks other typical high-end smartphone features like 4G wireless Internet. But then, with "Titanium Black Leather" in bold at the top of its feature list -- with "size and weight," "materials," and "services" right afterwards -- it's pretty clear which "specs" Vertu is hoping its buyers will care about. Software and specs Vertu's website describes "the devices [sic] 1.7 GHz processor" and its "uniquely tailored user interface," a custom UI layer which superficially resembles Samsung's Touchwiz and is running on top of Android 4.0. Its processor is dual-core, and its 3.7-inch screen is about as small as the old iPhone's. On the other hand, the Vertu Ti does have 64 GB of flash storage, as well as a 1.3-megapixel front-facing camera and an 8-megapixel rear-facing shooter which can record 1080p video. The key to the kingdom The Vertu Ti's most unique feature is the "Vertu Key," a button on the side of the phone which can be used to call 24/7 concierge service from anywhere in the world -- or at least, anywhere in the world where it has a signal. There's also a text-based live chat option, a Windows-style remote assist feature, and an app which appears to do nothing but display personalized ads (the company calls them "independently sourced articles and privileges"). Putting the "hard" in hardware The materials used do have some practical benefits. Vertu's website claims that the Vertu Ti's chassis is "around five times stronger than other smart phones [sic]." Meanwhile, a BBC News report said that one Vertu handset survived being run over by a truck, or that it was at least "intact and working" afterwards. The same report quoted Vertu Head of Design Hutch Hutchison as saying the phone's sapphire screen can only be scratched by diamond. With its price tag and luxury design however, Vertu is not competing in the same space as Panasonic's military-grade, ruggedized hardware. Are the phones worth it? That's up to the very few people who societies choose to reward with the disposable income to buy them -- people like the bankers at the former Lehman Brothers firm, which is believed to have been instrumental in causing the global financial crisis and the closing of which impacted Vertu's sales, according to the BBC article. Roughly 326,000 Vertu phones (of all kinds) have been sold worldwide. China is reportedly Vertu's biggest market.