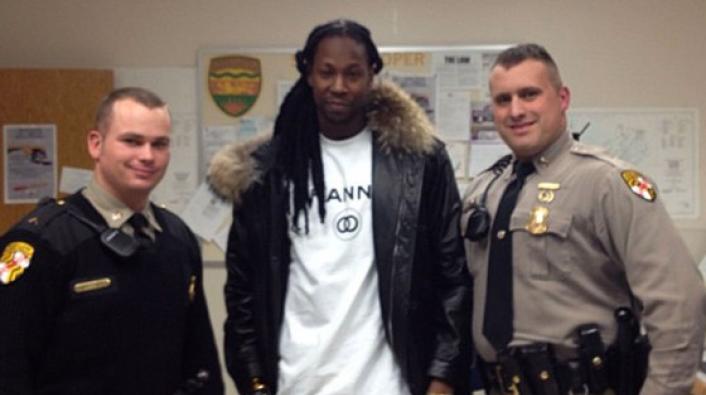 2 Chainz is getting a good start to the end of the week, as he was acquitted of drug charges he faced after being stopped on Maryland's Eastern Shore back in February. The van he was traveling in was stopped as he was headed to a college homecoming event, and found marijuana and a grinder.
2 Chainz claimed the bag, and was subsequently booked for the possession charges. He later posted a photo in the station with a couple of officers, whom he claims asked for the photo op.
A county judge found 2 Chainz not guilty of the offenses on Wednesday, leaving him free to carry on about with his business.