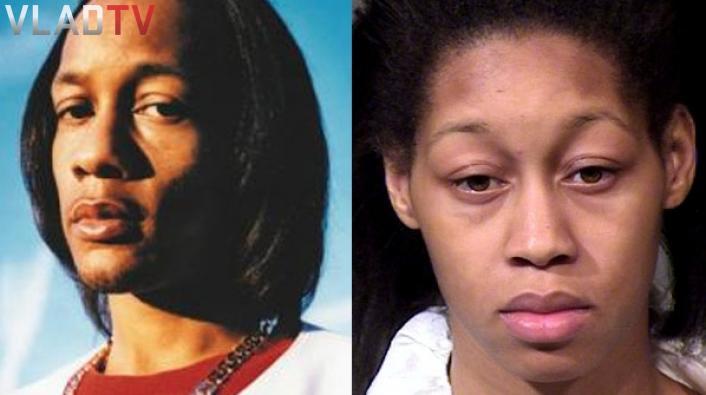 Davieanna Marlena Blake, 21, the daughter of DJ Quik, was arrested alongside Darnell Moses Alvarez, 24, in Phoenix for allegedly killing their 2-year-old son. Police reports show that the parents were standing outside of their apartment with their son, who was pronounced dead at the scene.
A witness told investigators that they heard Alvarez disciplining and spanking the child for wetting the bed, which they called "excessive." Alvarez had allegedly whipped the child with a belt and Blake was too scared to intervene, because she thought it would upset him more.
Blake claimed she went to work, and when she returned the child was lethargic and not breathing. The couple continued to argue over taking him to the hospital, as Alvarez admitted to spanking the boy with a woven belt after he soiled himself earlier in the day.
An autopsy of the child showed he had a lacerated liver, severe internal bleeding and multiple bruising throughout his body, which is inconsistent with being whipped with only a belt.
The couple were charged for first-degree murder and child abuse. Their last court appearance was on May 13th.
Source: kpho.com