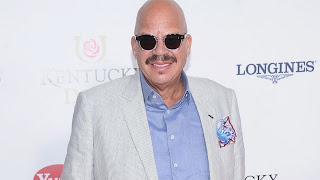 Radio host Tom Joyner has offered Rachel Jeantel, Trayvon Martin's friend who gained national prominence after testifying at George Zimmerman's trial, a full college scholarship to any historically black college in the country.
Jeantel, 19, appeared on Joyner's nationally syndicated morning radio show Tuesday, the morning after she appeared on the Piers Morgan show. Joyner said he was incredibly moved by Jeantel's appearance on the show, particularly when she said that she and Martin were discussing their futures. But he said he was baffled that Morgan did not ask her exactly what she wanted to do.
"If there is something she wants to do, I want to help," Joyner, 63, said on the show. (View the full audio here.)
He then told Jeantel that if she wanted to graduate high school and attend a historically black college, he would back her financially.
"I will help you get tutors to get out of high school, tutors to pass the SAT. I will give you a full-ride scholarship to any HBCU," Joyner said.
She thanked him. There are about 100 historically black colleges and universities in the United States, including Tuskegee University, which Joyner attended in his Alabama hometown of Tuskegee.
Jeantel was on the phone with Martin minutes before Zimmerman shot him to death, and testified for seven hours in the course of two days in the second-degree murder case for which he was acquitted late Saturday. While she was on the stand, she drew national scrutiny for her inability to read a letter she had purportedly written to Martin's mother about the shooting, and was criticized for her inconsistent testimony.
Posted by GOT DAT MUSIC