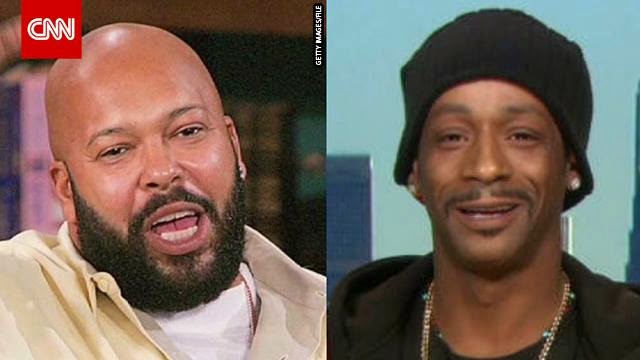 Former rap mogul Marion "Suge" Knight and comedian Micah "Katt" Williams were arrested Wednesday, accused of stealing a photographer's camera last month.
The Los Angeles County District Attorney's office said each man was charged with one count of robbery. The alleged incident, involving a female photographer of celebrities, took place September 5 outside a studio in Beverly Hills.
Knight, 49, faces up to 30 years in prison because he has a prior conviction for assault with a deadly weapon. Williams, who was arrested when he showed up at court for a different assault case, faces a maximum of seven years. Knight was arrested in Las Vegas.
Prosecutors said they will ask for Knight's bail to be set at $1 million and for a $75,000 bail for Williams, 43.
Beverly Hills Police are still investigating the case, authorities said.
CNN reached out to representatives for both men Wednesday night without immediate success.
Posted by GOT DAT MUSIC