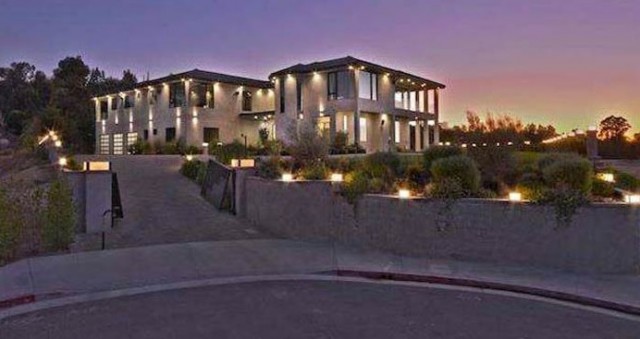 Law enforcement sources tell TMZ, the 3 home invasion robbers targeted the house knowing it was owned by Chris Brown.  We’re told when they were speaking with Chris’ aunt they told her they knew Chris owned the property.

Chris Brown‘s house was hit early Wednesday morning in a home invasion robbery and the robbers held his aunt at gunpoint, locked her in a closet and turned the place upside down … TMZ has learned.
It went down at around 2:00 AM at the San Fernando Valley house Chris just bought. Three armed men forced their way in the house and found the aunt, put a gun in her face and ordered her into the closet. Law enforcement tells us the home invaders then ransacked the house, took money and other property and fled.
The aunt called 911 and cops raced to the scene, but the robbers were long gone.
Chris was not home at the time … instead, our photogs shot Chris at the Argyle, a club in Hollywood where he was hosting a pre-ESPY party. The time codes indicate Chris got to the club around 12:30 AM and left at 2:13 AM … just as the break-in was going down.
Posted by Dirty South Ent.